The Bootheel of Missouri seems to have more than its fair share of cancer patients. Several have been children who have attended St. Jude Children’s Research Hospital in Memphis, which is about two hours away. St. Jude’s never charges patients or their families anything for care, lodging, or board.

As such, I helped organize and market a trivia night as a fundraiser for the hospital. I also developed most of the evening’s questions and helped judge the competition. 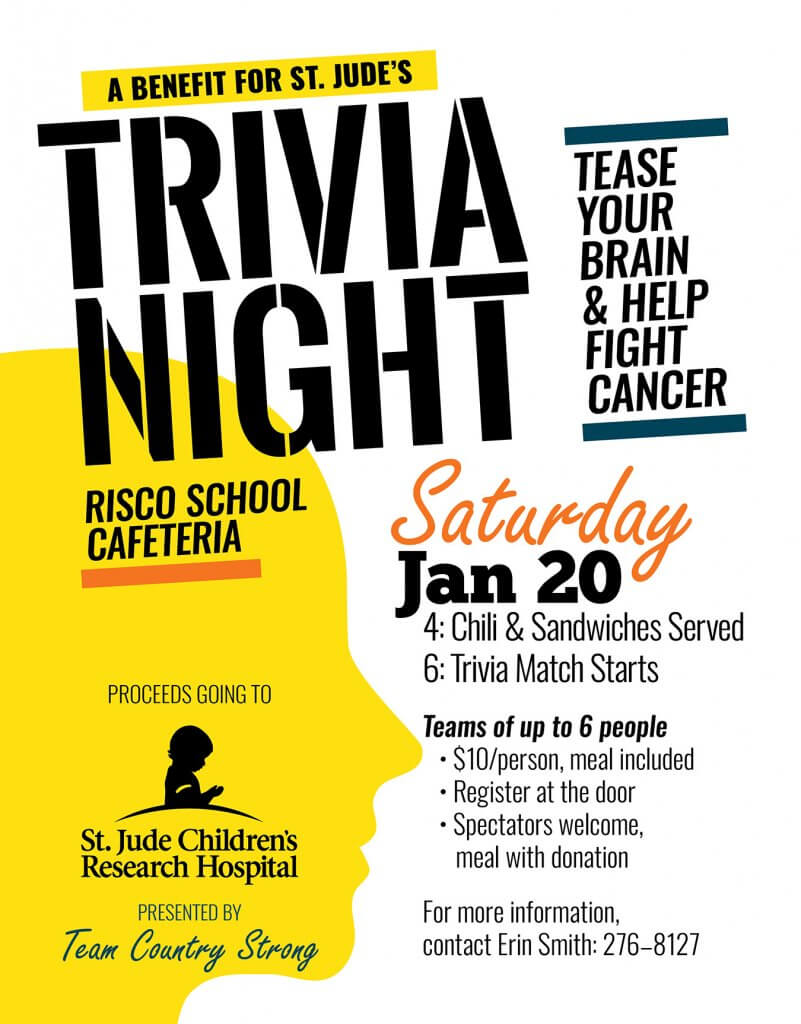 On Saturday, January 20, Team Country Strong held a Trivia Night as a fundraiser in Risco for St. Jude Children’s Research Hospital. More than 80 people attended the event, and eight teams were quizzed about topics such as Disney movies, food, holidays, and Missouri history.

The event raised $810 for St. Jude’s. Several community members from the area have been cancer patients at St. Jude’s, which never charges patients or their family for care.

Please note: I included print-ready photos of each team, but I am not including them on my site because I do not have a release from each participant.